A short documentary investigation into the human toll of power expansion in India
‍
Jharia lies at the heart of India's largest coal belt, within the north-east state of Jharkhand. The area produces almost all of the country's high-quality coking coal required in the production of steel as well as in thermo-electricity plants.

Yet the vast open cast mines that stretch through these lands lie on top of underground fires that have been burning for over a century.
‍
Recent mining expansions have provoked these flames causing over 70 open fires to erupt along the earth's surface, spewing noxious gases and destroying the land.

Those hardest hit are local villagers and workers in towns such as Jharia - forced to endure poisonous air, dangerous fires and unbearable heat.

Environmental activists have highlighted how the state-run coal mining BCCL firm has deliberately exacerbated the open fires, so as to justify the eviction of locals due to safety risks, and thereby clear the areas of coal-rich land suited for their expansion. 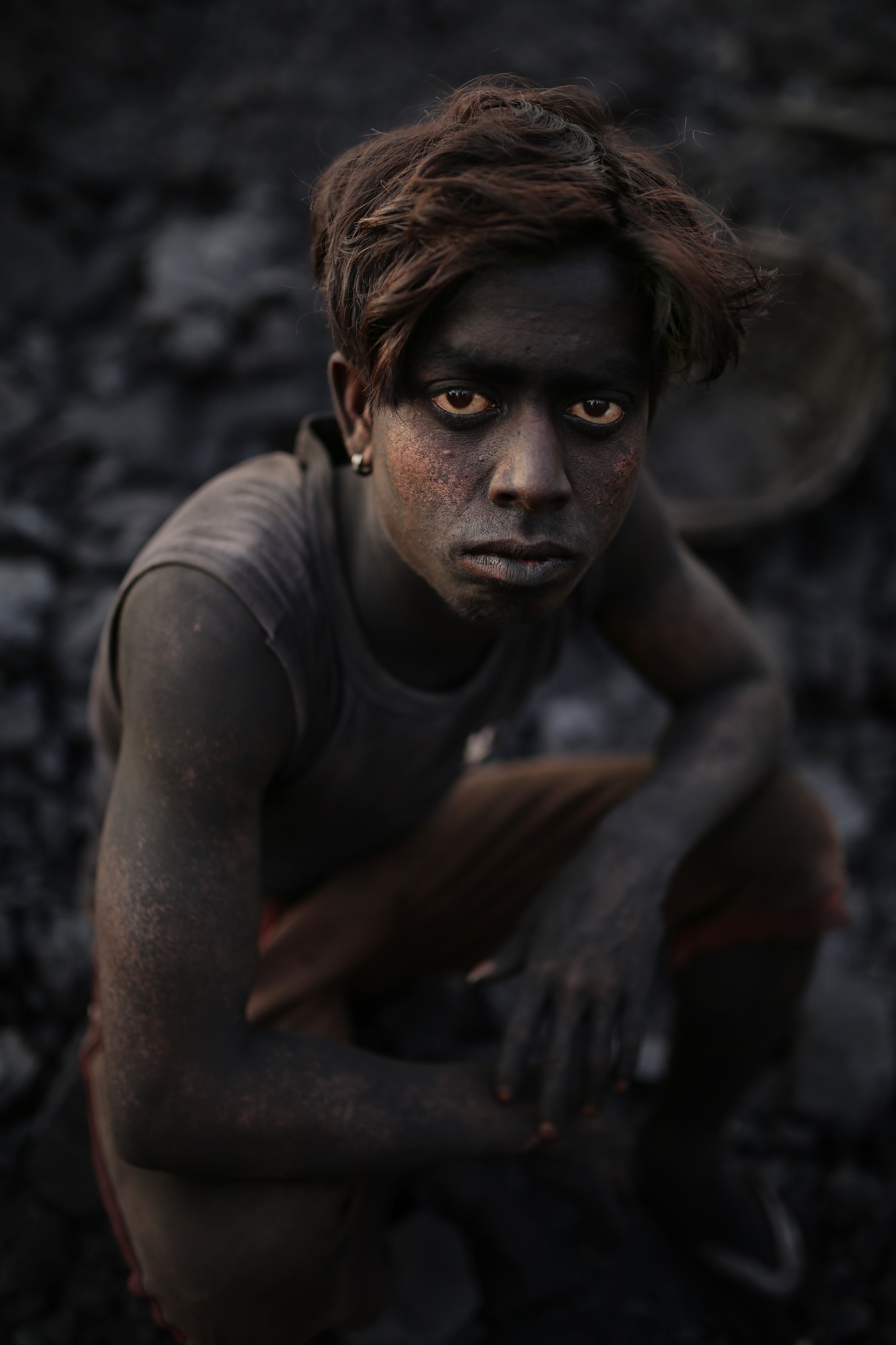 The nearby town of Dhanbad is particularly notorious for its 'coal mafia' - an informal name given to the corrupt mechanics behind India's coal trade - one mired by greed and exploitation.

In 2016, Prime Minister Narendra Modi announced plans to double state-produced coal by 2020 in the hopes of meeting India's rapidly rising energy demands. Yet, in the setting of global climate change and emission responsibilities, coal remains one of the dirtiest forms of energy production.

Set in the bleak and naturally striking scenery of Jharia, this short documentary looks into the difficult lives of people governed by coal and at the mercy of corporations. The story of those buried underneath India’s billion dollar power race - the dirty end of a dirty business.

Villagers in Laltanganj, on the outskirts of Jharia, point towards the several open coal seam fires and smoke vents that surround their village. All day and night the fires rage and spread just below the surface, spewing  noxious fumes into the air which often cause respiratory problems and skin diseases for the people living here.
On the outskirts of Jharia, in the village of Laltanganj, a large open fire burns at night billowing dangerous fumes of sulphur dioxide, nitrogen dioxide and carbon monoxide into the air only meters away from people's homes.
Almost all the poorer inhabitants and villagers of Jharia work in the coal trade, beginning with children as young as five. Here, a group of child scavengers gather outside an opencast mine at dawn preparing to illegally collect coal for sale.
Hundreds of miners carry the collected coal to preparation points to later sell it in Jharia or the nearby city of Dhanbad.
Miners load fresh coking coal inside a Bharat Coking Coal Limited  (BCCL )state-run mine on the outskirts of Jharia. The entire town has expanded in recent decades to become a hub for coal production. Besides state-owned companies like BCCL,  private companies - such as TATA and Deko operate in Jharkhand’s  coal belt as well.
Sakhina Khetu, in her home in Bokapahari, explains how the Jharkhand Rehabilitation and Development Authority (JRDA) is working with Bharat Coking Coal Limited (BCCL) to supervise the eviction and resettlement process for villagers living too close to open coal seam fires. Though the resettlement initiative is the largest of its kind, aiming to relocate 300,000 people to Belgharia, 12km away, it's management and execution has been dismal.
Rinku, a pregnant young woman sits on the doorstep of her home in Laltanganj village on the edge of Jharia. 20 meters away, in the background, a large open fire is raging and spewing carcinogenic gases into the air.
Residents of Belgharia township take part in the Chhatt puja ceremony in November on the sides of many new buildings under construction. Delayed construction, undersized rooms and insufficient compensation have left many residents resentful, jobless and fearful of their futures. Many still journey back to Jharia everyday.
Maskan, 12, with her mother in the Dhanbad city hospital. On 17th September 2015 she fell into crevice with an open fire burning. Her right leg and left arm were so severely injured they had to be amputated. The incident occurred on land belonging to Bharat Coking Coal Limited (BCCL), meaning that workers as well as residents within it's limits fall under the company's scope of responsibility and liability. BBCL have refused to acknowledge the incident or respond to Maskan's parents.
Dr S K Bhagania, holds up an X-ray for a coal-mining patient revealing a mass in their lungs. Many locals working in the coal industry and living near the open fires suffer from severe respiratory ailments including tuberculosis, pneumoconiosis and asthma.
New three-story buildings are set for construction on the outskirts of Belgharia. Buildings constructed only three years ago stand caked in coal dust and lacking in sewage managements and electricity infrastructure.
Children play around a line of scorching open fires that runs along the edge of Laltanganj village on the outskirts of Jharia.